Described by Sr. David Attenborough as "one of the most important films of our time.”

A Plastic Ocean is a new feature-length adventure documentary that brings to light the consequences of our global disposable lifestyle. We thought we could use plastic once and throw it away with negligible impact to humans and animals. That turns out to be untrue.

In A Plastic Ocean, an international team of adventurers, researchers, and world-saving heroes on an expedition around the globe that delves into the unknown lurking beneath our seemingly pristine and remote waters.

The results will astound viewers–just as it did our adventurers–who captured never-before-seen images of marine life, plastic pollution, and its ultimate consequences for human health.

During its four-year production period, A Plastic Ocean was filmed in 20 locations around the world in beautiful and chilling detail to document the global effects of plastic pollution–and introduce workable technology and policy solutions that can, if implemented in time, change things for the better.

Plastic Oceans Ltd. is a Hong Kong-based charitable organisation that is dedicated to protecting and preserving the environment, with a special focus on plastics and our oceans. The organisation works to educate the public about the need for change and persuade industry to take responsibility in the manufacturing/disposal processes. 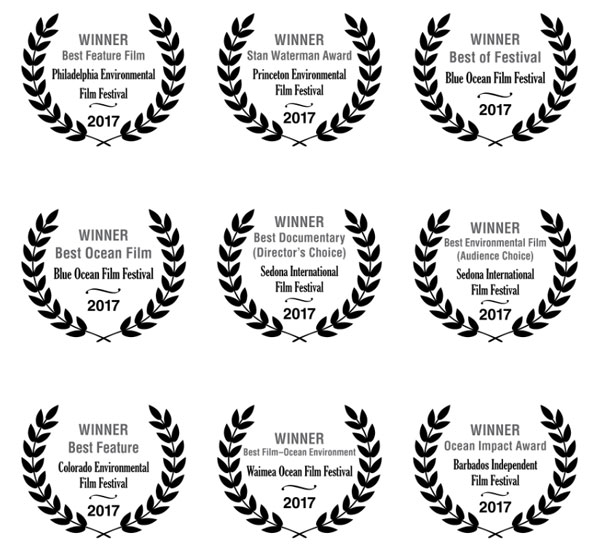 A hard-hitting journey across the world.”

“Healthy oceans are essental for our survival, and there are solutions!”

“Solutions that could change things for the better.”

“This is without a doubt one of the most important films of our timeand everyone needs to see it.“

“We can make a difference!”

“This film will astound you!”

“A Film to Open the Eyes of the World.”

“This problem won’t solve itself. A film essential for the next generation.”

“My work on this film has brought me full circle to the person I am, making good on my bond with the sea,” says free-diver Tanya Streeter.”

“A strong sense that the scale of the human enterprise and the size of our planet have become, for the first time, fundamentally mismatched is pervasive throughout the film.”

“An adventure documentary four years in the making!”