After an exciting award season as an Oscar nominated documentary, KINGS POINT begins its run on HBO.

The lives of five senior citizens in a typical American retirement resort are captured in this documentary.

Decades ago, these men and women moved to Kings Point in sunny Florida with their spouses at their side and their health intact. Now, they find themselves grappling with love, loss and the changing nature of their relationships. 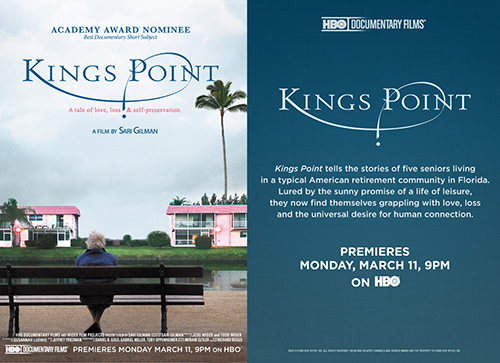