Miriam Cutler Featured at SCL Screening of The Hunting Ground

BMI composer Miriam Cutler was the guest of honor on Monday, November 2, at the Society of Composers & Lyricists (SCL) screening of the Radius and CNN Films movie THE HUNTING GROUND, for which she wrote the score.

Miriam took home a Best Documentary Score for THE HUNTING GROUND at the Hollywood Music In Media Awards where Diane Warren also received a Best Song in a Documentary Award for " It Could Happen To You" performed by Lady Gaga in the film.

Minnesota Public Radio aired an interview with five women composers from the Alliance for Women Film Composers. Hear all about Miriam's road to success, including singing telegrams. 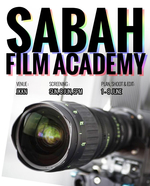